Where the Word of God is Central

The Fight for Holiness

The Fight for Holiness

As I sought to show in my previous post, when we come to the knowledge that, in Christ, we are freed from sin, we are empowered in our fight against the sin that once bound us. But Romans 8 teaches us another truth about pursuing a holy life: it is also fight.

Holiness is a Fight

It is important to acknowledge that, while we have been saved from the presence of sin, sin still takes its chances in trying to lure Christians into its trap. The way Paul writes here seems to suggest that sin sometimes succeeds in misleading Christians. Sin is always on an all-out assault against God’s people and its goal is to trap and destroy them. In Genesis 4:7, God said to Cain, “Sin is crouching at the door, and its desire is for you.” The picture of sin as a dangerous animal, waiting to capture its prey, is fitting and appropriate for us to dwell on.

The Westminster Confession speaks about the believer’s experience as one of “continual and irreconcilable war” between the flesh and the Spirit. This war is possible on our part because we have been freed from the slavery of sin. We have the Spirit of God indwelling us, and he empowers us in our fight against sin. The fight for holiness is a fight to kill sin. Holiness in the life of the believer does not come automatically; it involves a fight. It is a fight to the death—quite literally.

Paul warns in the first part of v. 13 of the consequences of not fighting sin: “For if you live according to the flesh you will die.” The warning is clear: Those who are no longer debtors in the flesh have no business taking orders from the flesh. Oftentimes, people say they want to live a holy life, but it seems that they don’t want it badly enough. They put themselves in compromising situations. They hang out with the wrong crowds, which lead them away from God.

Living for the flesh results in death. This death is not physical death, but eternal separation from God. Obviously, Paul is not saying believers can lose their salvation, but he is exposing the fact that when we continually live according to the flesh, it might be because we do not have a saving relationship with God.

Oftentimes, we do not fight sin because we do not see it for what it is. Sin never presents itself in its ugliness. It never tells you the terms and conditions when you indulge in it. But it dresses itself attractively. It promises joy and fun.

There is a story about a young man who went to a mountain on a cold, snowy day. As he reached the peak, he spotted a deadly snake, freezing and about to die. The snake asked the young man to wrap him under his jacket and take him down the mountain where he could be warm. The young man refused because the snake was dangerous but it begged him until he relented. He took it, wrapped it in his jacket, and descended the mountain.

When he reached the bottom, he removed the snake to put it on the grass. As the snake stretched himself out, regaining his strength, he launched towards the young man, striking him with a deadly bite. As he lay dying, the young man said, “But you promised not to bite me.” The snake responded, “You knew what I was before you took me.” It was in the nature of the snake to bite, in the same way that it is the nature of sin to kill those who partake in it. John Owen’s timely advice is important to note here: “Be killing sin, or sin will be killing you.”

A desire for holiness means treating sin with the same hostility it has towards you: to seek nothing but its destruction. “But if by the Spirit you put to death the deeds of the body, you will live.” The only rightful response to sin is to “put to death the deeds of the body.” To take away sin’s life and influence requires ruthless, full-hearted resistance. It means to be merciless in our treatment of sin, with the goal of totally destroying it. In killing sin, there are at least two things to keep in mind.

Killing Sin is the Christian’s Responsibility

The pronoun “you” indicates that, as Christians, we have a responsibility to kill sin. Sin does not die on its own; it must be killed. Oftentimes, people say things like, “Let go and let God.” Paul does not say that. Although we are to rely on the Holy Spirit, there is also a personal responsibility on our part to kill sin.

Killing Sin is Done through the Spirit’s Help

Notice what Paul says: “If you live by the Spirit.” Here, the point is that, on your own, you can’t do anything about sin. It is only through the Holy Spirit, who empowers you, that you are able to kill sin. The Holy Spirit helps us, in our battle with sin, with the “sword of the Spirit, which is the word of God” (Ephesians 6:17). The word of God is the most effective weapon in killing sin. The example of our Lord in Matthew 4:1–11 stands out. He resisted temptation with the word of God. Three times, he retorted against Satan’s temptations, “It is written.” If our Lord, who himself is God, treasured God’s, word how much more should we?

Life in the Spirit is lived by those who have come to know Jesus Christ as Lord and Saviour; those who have repented of their sin and placed in the faith in the finished work of Christ on the cross. Those are the people of whom Paul writes, “There is now no condemnation for those who are in Christ Jesus” (Romans 8:1).

If you have not yet believed in the Lord Jesus Christ—not yet given him your life and surrendered to him—the opposite of Romans 8:1 is true of you. There is great condemnation for those who are not in Christ Jesus. 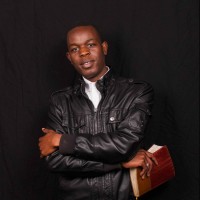 Karabo Misza is the pastor-teacher of Central Baptist Church in Rustenburg, South Africa.